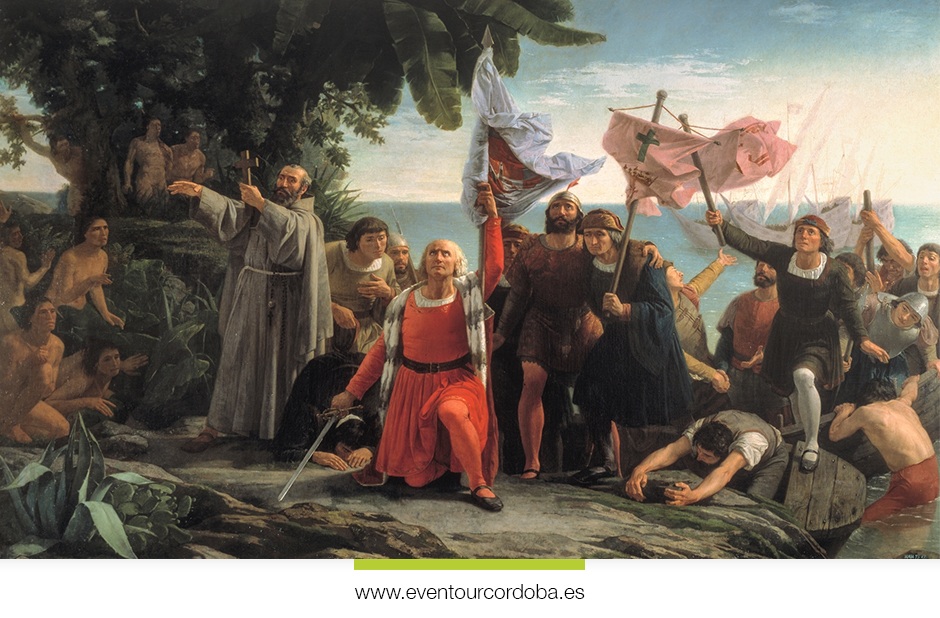 Everybody knows Christopher Colombus, a Genoese man whose dream was to go to Asia from the West of Spain, but finally he discovered the American Continent. This famous trip could not be possible without Catholic Kings’ financing. Isabella and Ferdinand met with Colombus twice to know about his idea. First meeting was in 1487 in Cordoba, where they had their Court. Colombus thought what he wanted to obtain should be easy, but it became a long negotiation until the ‘Capitulaciones de Santa Fe en 1492’ Surrenders in Santa Fe in 1492.

The kings rejected Colombus’ dream because at that time their only purpose was to conquer the city of Granada. It was the last territory ruled by muslims of Al-< Andalus. Although the kings did not pay attention to the project at the beginning, they did not denied it at all. Christopher Colombus lived in Cordoba, in a convent ‘Convento de la Merced’ waiting the meeting with the kings.

Colombus did not spend a good time in Cordoba because he did not have enough money, but many necessities. However, he knew Beatriz Enríquez de Harana, a young woman from a family of farmers who lived in Santa María de Trassierra. In one of his visits to the Cathedral of Cordoba he knew her. She was 20 years old, she was much younger that him, he was widower and he had a son from his first marriage.

People talks a lot about this couple, but there are not many real dates about it. Rumors talk about saying that he only wanted to be with her meanwhile he was waiting the meeting with the Catholic Kings. Colombus and Beatriz had a son, Hernando or Ferdinand Colombus. When he was born, Colombus dispeled from her and he started focusing on his trip to India.

Colombus got financing in 1492 and after his first trip to the New World they broke their relationship. However, he gave a pension for her and his son. In 1506 Christopher Colombus died when he was 55 years old from a heart atack in Valladolid, Spain. He was buried there, but his body was moved many times, Sevilla, Santo Domingo, La Habana and finally to Sevilla again, in the Cathedral where his tomb is shown to the public. Although, at the end of the 20th century, under the altar of the Cathedral of Santo Domingo (Dominican Republic) a lead’s box was found with an inscription ‘Don Cristobal Colón’, his name was written on it with bones and a bullet.