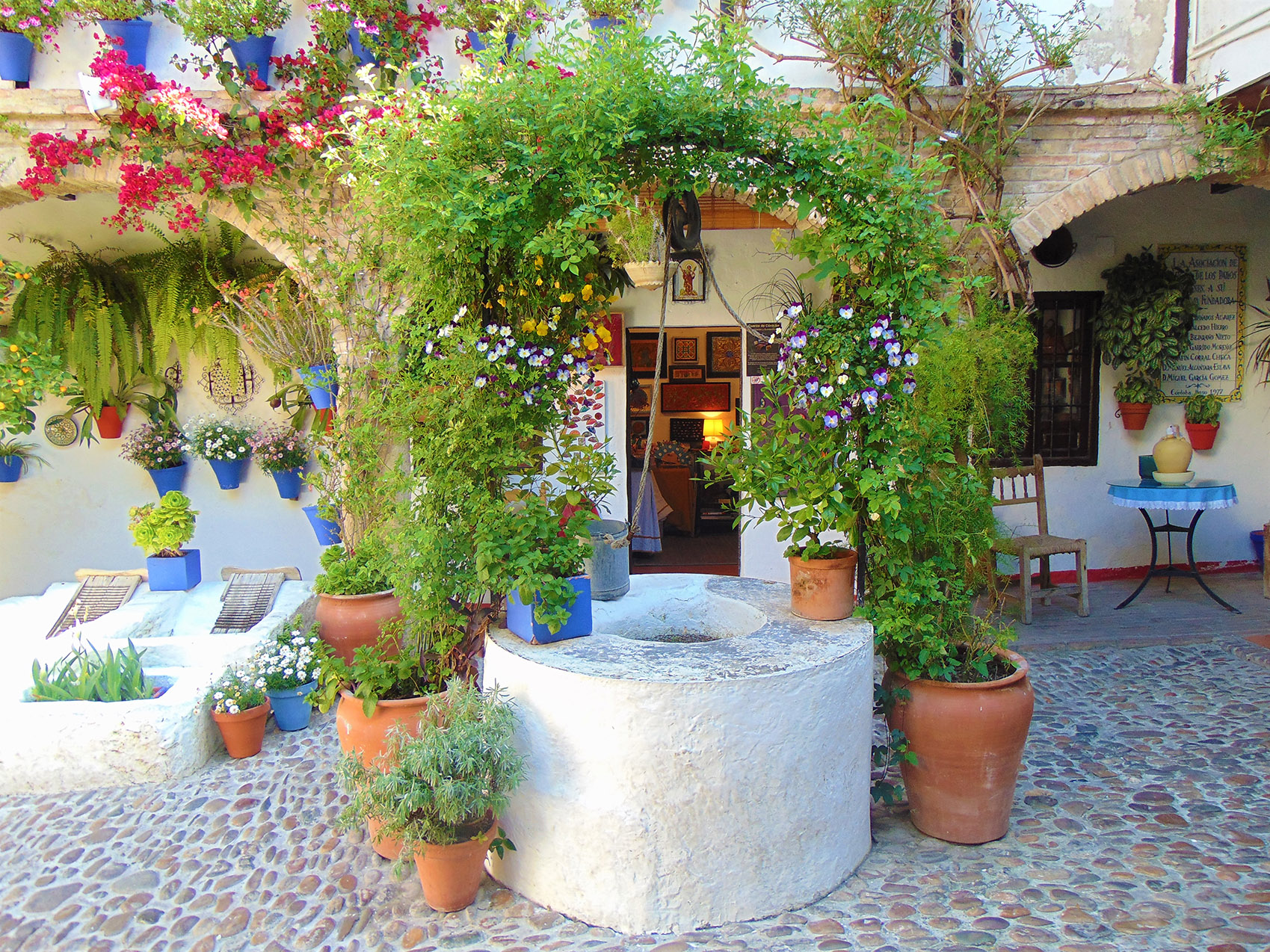 Pavement made of river stones in a typical Cordovan patio

Anyone who visits the historical town of Cordova is usually absorbed into its narrow streets. White houses, flowers hanging from the walls everywhere, sunshine and wonderful weather are reflected over the bell tower, which stands above the rest of the buildings. However, nobody looks at down to the pavement.

Many people have walked along the narrow and entangled streets in Cordova. Most of those streets have no exit, what is called azucaques (dead-end streets) these were built in the past as part of the Arabic urbanism.

Great part of the medieval pavement in Cordova is used yet. Cordova was one of the first cities having stone pavement in Medieval Times, most of this was made during the renovation of the al Rasif or reef (path along the riverside) by Abd al Rahman II at the end of the IX century. Meanwhile the city was expanded; in 938 they unified the Alcazar and the Almunia of al Rambla (one of the emir’s recreation centre) outskirts with a stone path.

To walk over pavement is more comfortable than over the ground, because the ground gets covered in mud, which finally, it is a disadvantage for people and animals. It is cleaner and hygienic because water runs away and it is not stagnated creating puddles.

We can see patios or even streets, which floor was built with river stones. Close to the main hospital in Cordova, there are remains from a main path made of small stones joined with bigger sandstones making a drawing. 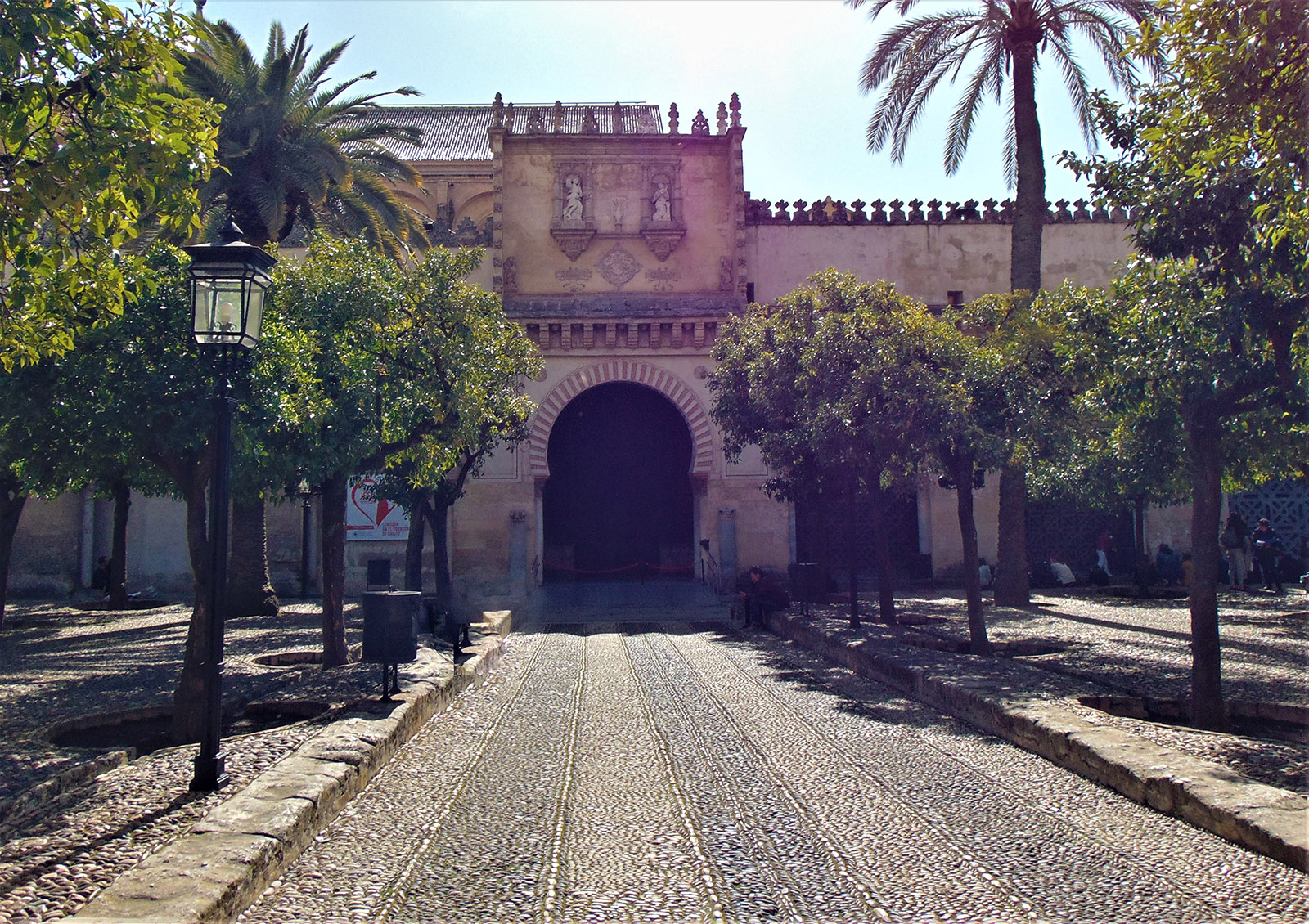 We still use the same pavements for many patios, which is very common and useful. It is frequently found in many gardens and patios because the enchinado cordobés (cordovan river stone) is decorative and very beautiful. It is made of white and black stones making geometrical drawings or any other composition.

On the other hand, this kind of floor is very functional, keeping water around the stones and thanks to that people can feel cooler. To cool the place is important to put the stones sideways and in this way water is kept more time.

The very basic mood to build this kind of pavement was to put sand and lime. Later, the stones were put over. Putting water on it, the sand and the lime set. Finally, gapes should be filled with sand.

Many of those beautiful floors built in the fifties and sixties from the last century disappeared because of the renovations and the new constructions in the city. Roads, wider streets and restorations are built along the years.

However, it was recommended to make up the old techniques and the traditional materials, when the historical town of Cordova was declared World Heritage in 1994. For that reason, now it is possible to walk over river stones or different compositions of enchinado cordobés (typical pavement from Cordova). We recommend you to see some of the examples that you must find in front of ‘casa del indiano’ in Angel de Torres’ square number 4. Or you could see also one in the patio of Saint Bartholomew Chapell and next to that one there is another in ‘Zoco de los Artesanos’.

If you want to know more secrets about the historical centre of Cordova, do not hesitate to contact us to guide you. 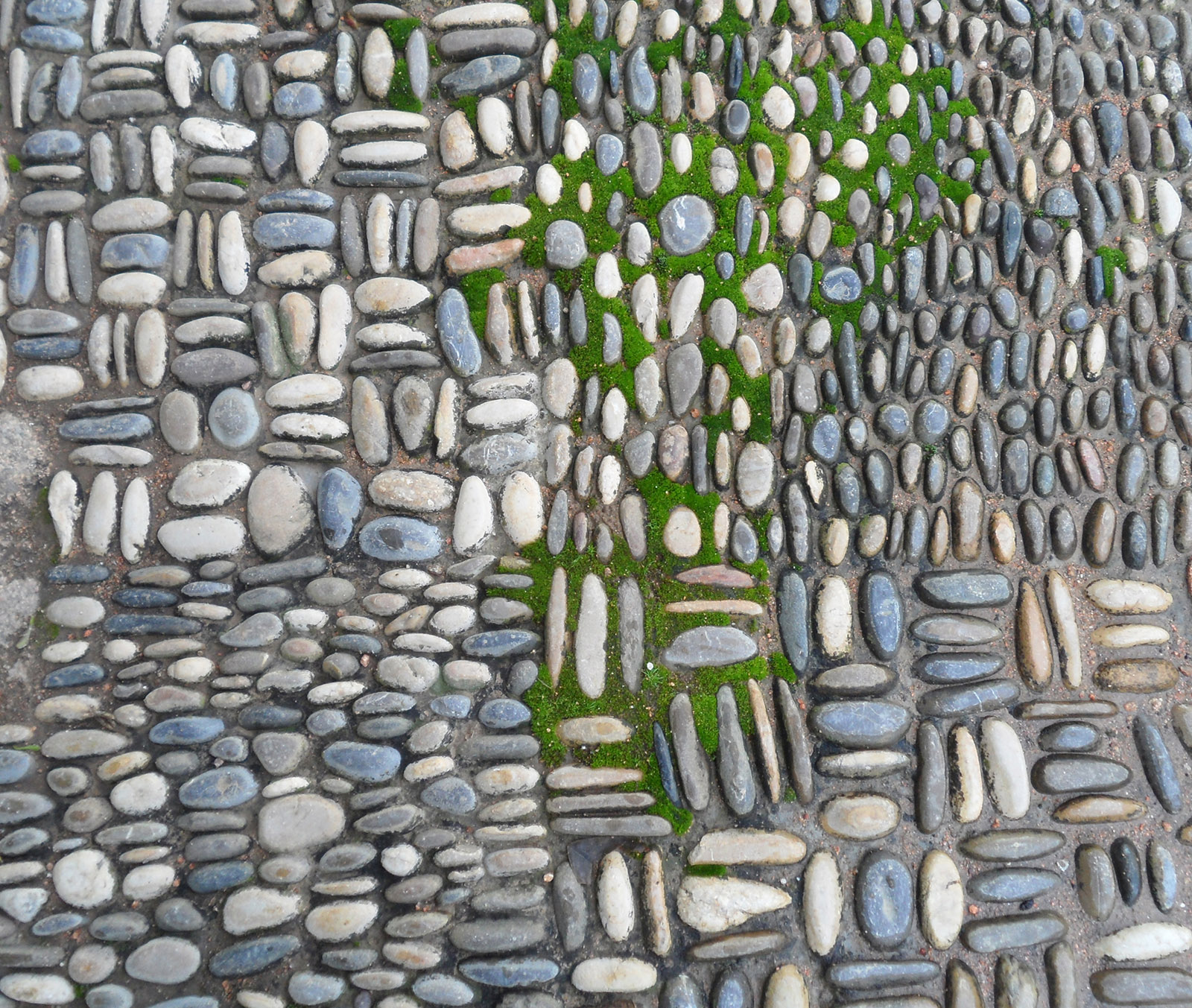 Typical pavement in the historical town of Cordova