Curiosities about the Mosque-Cathedral of Cordova II 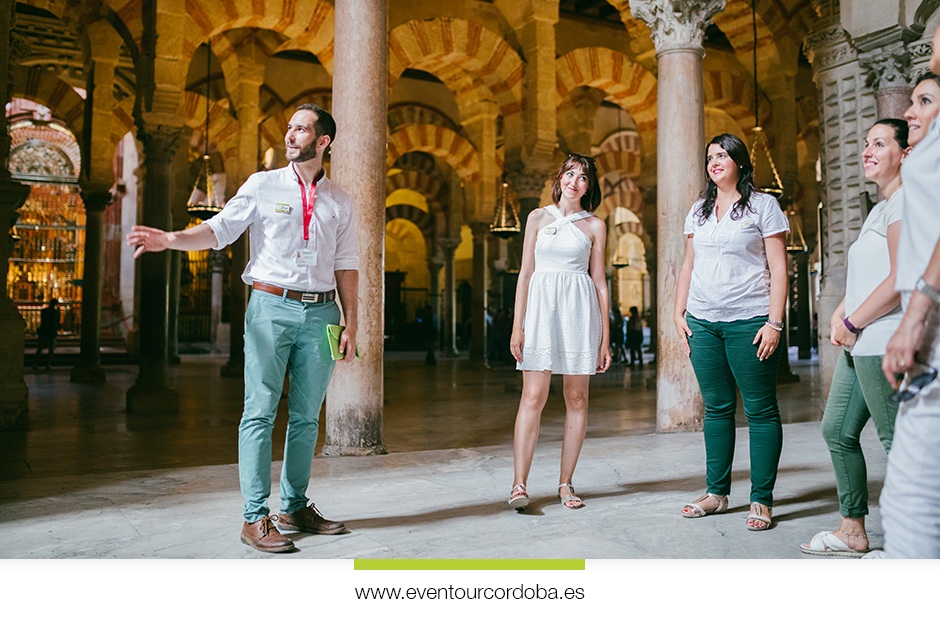 We talked about one of the most important and interesting curiosities of the Mosque-Cathedral from Cordova, which is the orientation of the building. But there are many other particularities about it.

Visitors do not realize how big is the building until they visit it. The size of the Mosque-Cathedral is 22.400 squares metres, including the pray room and the courtyard. There was a capacity of 40.000 prayers in the 10th century.

One of the most popular questions about the Mosque is how many columns there are inside the building. Today it is difficult to count them because there are some hidden columns around the Christian chapels and also because others were destroyed with the pass of time by the Christian interventions.

Nowadays there are around 850 columns, but many other experts think that there are more 1.300 or less 746.

It is very complicated to know what is the exact number of columns preserved today in the whole building because of the different interventions made inside it along the time.

The materials used for those are white, grey, pink, bluish, black or mottled marble and grey granite. Its shafts are plain or grooved. Most of them were recycled from other buildings and from different eras, over all from roman and visigoths constructions. In many of the columns which were not reused from other places we can find marks or inscriptions made by the craftmen who worked to build it.

Some of the marks found cause confusion such us the captive’s cross, which was made by a Christian captive with his nail in arabic times. This story is part of a legend told in the history of the Mosque. The legend says this man was tied to the column by muslims because he did not want to refuse the Christian religion and he made the cross with his own nail on the column. Next to the column there is a tiny altar with a bas-relief where the captive is represented.

If you want to know more about the Mosque-Cathedral with Eventour you could visit the monument and you will learn the history.

And if you like curiosities and legends like these, do not miss our posts about the history and culture of Cordova.