Claudio Marcelo: The founder of Cordova 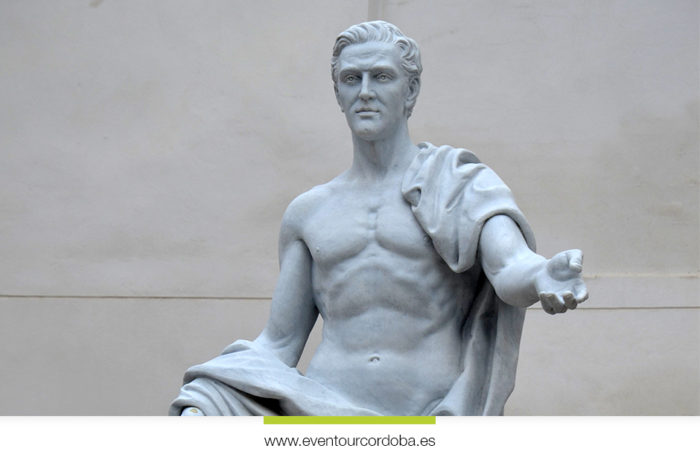 Claudio Marcelo was a military man who belonged to a very important family related with the Government of the Roman Republic period. He got different titles such as consul (magistrate of high rank who was responsible for the Government and the army), pontifex (high priest), general, etc. He was recognized of being the founder of Cordova, the old Roman Corduba, among other things.

Before the arrival of the Romans to the territory of the actual Cordova’s city, there was an Iberian settlement since the 3rd millennium b.C.

After the battle of Ilipa against Carthaginians in the III century b.C, the Romans came to Cordova and they established a military camp. That camp became a city founded by Claudius Marcelus in 169 b.C. He took advantage of this privileged zone, because it was very well located for the communications to export products such as silver, olive oil, garum (a fish sauce), etc. and also because of the land advantages for agriculture.

The founder of Cordova was a very important person at that time, over all because of his military achievements in Hispania and other places, thanks to that he achieved different titles along his life.

There are different statues in his honour around the city of Cordova, which became a very important city because it was the capital of Hispania Ulterior (South Spain) and later the capital of Bética. One of the main streets in the centre of Cordova is called Claudio Marcelo but its popular name is ‘new street’. At the end of that street there are remains of a Roman Temple, a building dedicated to the imperial worship and it was part of a monumental area of the city.

There is a statue of him created by the cordovan sculptor Marco Augusto Dueñas made of marble from carrara, it represents the founder in a semi naked posture with a heroic pose. In his feet there is a woman head with a wall to symbolize the city of Cordova. The city wanted to reward him with the statue next to the entrance of the Roman Temple, in an area related with Claudio Marcelo. However, many inhabitants of Cordova disagree with the location because it is a bit hidden and sometimes it is unperceived. Anyway, the statue is located in the Roman Temple, which is restoring planning to open it for visitors highlighting the importance of the monument and the statue.

From Eventour we invite you to visit Cordova and to know its interesting history through different characters, monuments and archaeological remains to show the past of the city from the Roman foundation.