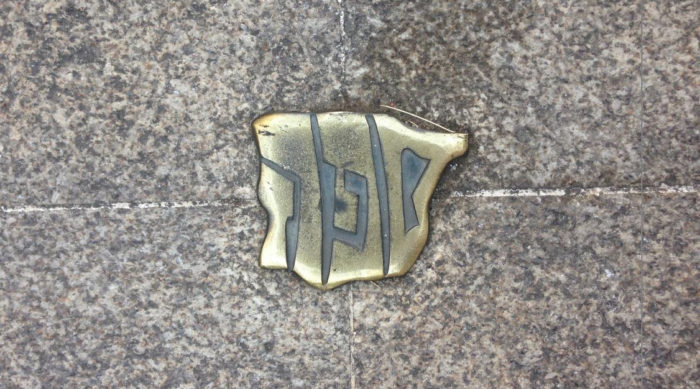 Once upon a time, Cordova was one of the cities where everybody could live without differences of religion, cultures or sex. For that reason, today we will talk about the legacy of Jews in Spain, Sephardies.

It is true that in Spain there is only a tiny community of Jews and it is only in the big cities like Barcelona or Madrid. But, there are evidences that Jews are in Spain since the second century and the best time for them was during the Ummayad’s Caliphate in the X c. At that time, Cordova was the capital of the Caliphate, so it was one of the most important and advanced cities in the Western world. That is the reason that there was a big Sephardic community living here.

There are documents talking about the amount of Jews living in Cordova in the X c. Population in Cordova was 500,000 approximately, and around 10,000 of those inhabitants were Jews. Intellectual people who used to talk many languages, most of them were very well-known people such as: philosophers, doctors, traders, moneylenders, etc.

Moshé Ben Maimón, Hasday Ibn Shaprut or Yehuda Ha-Leví among others were important Sephardies born in Spain in Medieval Times. Our Sephardic past is very rich and this is demonstrated in many of the cities in Spain where we can visit the Jewish neighbourhood known in Spanish as Juderías. There is an asociation called Red de Juderías de España – Caminos de Sefarad.

Those towns included in this Caminos de Sefarad have an important architectural, historical and cultural Jewish Heritage. Ávila, Barcelona, Béjar, Cáceres, Calahorra, Córdoba, Estella-Lizarra, Hervás, Jaén, León, Lorca, Lucena, Monforte de Lemos, Oviedo, Plasencia, Ribadavia, Sagunto, Segovia, Tarazona, Toledo, Tudela and Tui are those cities you should visit to know more about the Jewish past in Spain. In all of the Jewish neighbourhoods, you must find symbols with the shape of the Iberian Peninsula and the word Sefarad in Hebrew language adapted to the shape of the symbol. However, there are not Jews living in all of them.

Today, to visit Cordova is also to get inside the Jewish-Sephardic history of Spain and to imagine their mood of life sharing the city with other cultures and religions. But, it is also to walk along their streets where Jews lived along the centuries or to visit their old Synagogue as one of the only three medieval Synagogues kept in Spain (the others are in Toledo). Judios’ St., Tiberia Square, the Synagogue, Sefarad House or the Zoco are places which reflect the Jewish Heritage in Cordova and you must visit them.

Every year there is an event called Otoño Sefardí (Sephardic Autumn), which includes guided visits to the Jewish Quarter, gastronomic classes about Sephardic food, conferences, concerts of Sephardic music, etc. There are many things to do in Cordova to discover more about this complex and interesting culture and everything in relation with the heritage of Sefarad.

Sephardic’s history is long, rich and very interesting. If you want to know more about Sefarad, you can do it visiting Cordova and its Judería with Eventour.

We have a tour for the Jewish neighbourhood every day, do not miss it!