Ibn Firnás: The man who wanted to fly 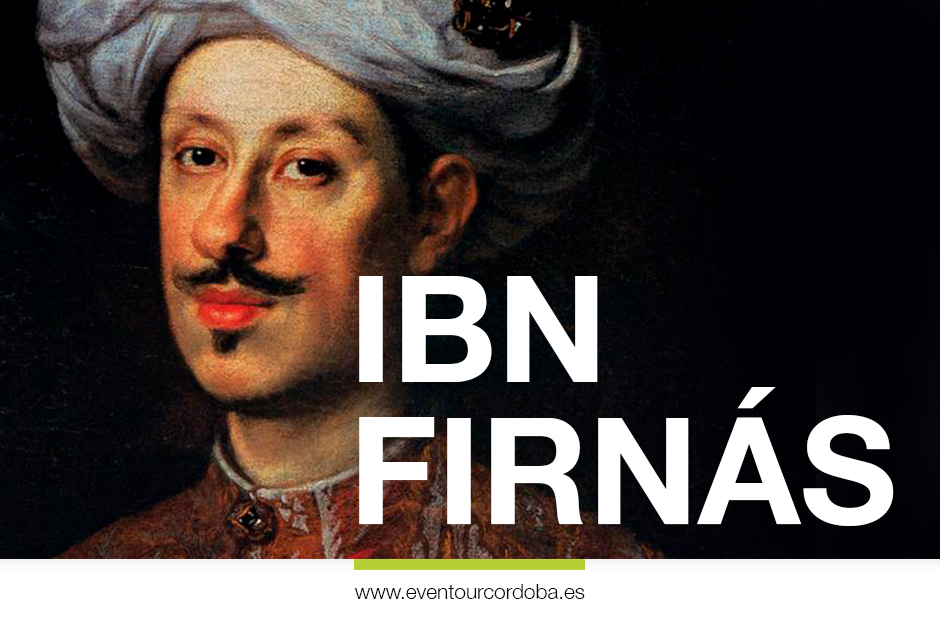 The Ummayads’ caliphate of Cordova was characterized by its culture, science, art, etc. It was also very important to promote them. There were many important characters from Al-Andalus, brilliant people who improved themselves to investigate and to enrich their minds and in that way to fulfil their curiosities.

Among those people and researchers we find Abbas Ibn Firnás, the man who wanted to fly. He was born in Ronda (Málaga), probably in 810. He moved on to Cordova, which was the capital of Al-Andalus, the centre of knowledge in the Western World. He wanted to improve their experiments and investigations. He was a great scientist and he showed his knowledge in physics, chemistry and astronomy. One of his inventions was a water clock, which surprised to people from the Court of the emir Abderraman II.

Ibn Firnás was also as a very important philosopher and poet. He became a teacher of poetry. However, if we know him is because he was considered forefather of aeronautics and because he was the first person who managed to fly.

It seems that his dream of flying came very soon to his mind; he wanted to fly and he was investigating and studying birds. He tried twice, the first was around 872 and he took a big fabric using a cape and supposedly he jumped from the minaret of the main mosque in Cordova. The result was not what he expected and he fell down abruptly hurting both legs. Some people think that this was an attempt of parachute because he did not die. Many people saw his test as a show.

Ibn Firnás did not stop trying to get his dream of flying and he made the second test. In this occasion he invented a structure made of wood covered with a silk fabric as a primitive hang glider. He tried from a tower in the mountains of Cordova, close to Arruzafa, which was an area where there were many residencies from important governors. That event happened in 875 and he managed to glide. We do not know the time that he spent on the air, some people said it was only few seconds and there are other people who confirm it was some minutes. Although when he fell down his back suffered a bit. From this test he discovered he committed a mistake because he must use a tile as a rudder to help him in his ‘adventure’.
He died in 887 giving his legacy in history.

In Cordova there is a bridge on his commemoration ‘The Ibn Firnás Bridge’ built with a structure and shape simulating he was in the centre with wings.

Next to the airport in Bagdad (Iraq), which is called Ibn Firnás, there is a statue in his honour. There is another very interesting and curious place with his name, a Moon’s crater.
To sum up; Ibn Firnás was a prodigy and advanced for that time.