Curiosities about the Jewish Quarter of Cordoba: Sefarad 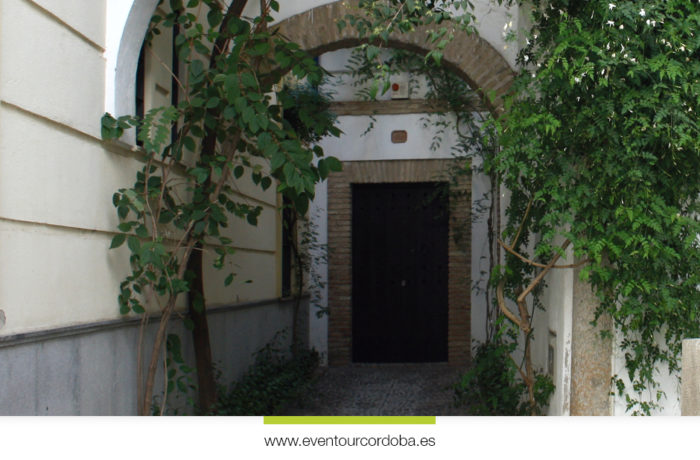 The Jewish Quarter of Córdoba is one of everybody’s favourite places, not only for the visitors . It is the perfect place for walking and getting lost through its otherwordly streets and squares. It is a beautiful place that brings you to another time.

The Jewish Quarter is part of the historical centre of Córdoba, which is Wold’s Heritage by the UNESCO. Among its streets there are locations not to miss like: the Local Zoco, the House of Sefarad, Tiberiades Square (where the sculpture of Maimonides is located) and, of course, the, small but gorgeous, Synnagogue of Córdoba which has a history that will win you over. Walking through the streets, there is something that is often missed by most of the tourists… There are some golden plates hidden around: kind of odd, kind of mysterious. 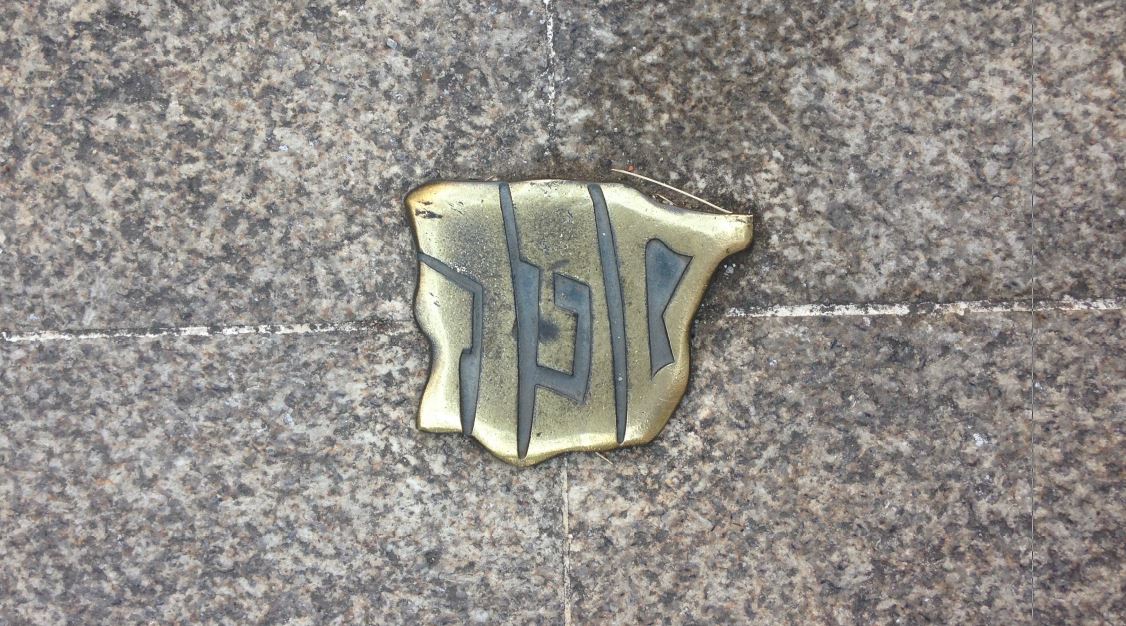 This is the symbol of the Spanish Network of Jewish Quarters and its own presence means that we are in what, a long time ago, was popolated by the Jews.

In Córdoba, we can see those in several locations of the Jewish Quarter, indicating us that we are inside the same.

If we pay attention, we can see it has a unusual shape. We may think that this is the shape of the península and it is true! But there is something else. Can you see those lines across the península? There are not rivers or regions… what we can see is the word Sefarad written in hebrew and the caracthers are shaping the Iberian Peninsula.

Sefarad is the name that the same place received by the jews, so when they left they started calling themselves “sefardíes” since they came from Sefarad. As a curiosity, it is interesting to know that Sefarad means “The end of the world” since they thought that after those lands there was nothing else. So, a sefardí jew is a jew from the end of the world.

Despite of the great expulsion in 1492 after the Alhambra Decreet or the Decreet of Expulsion made by the Catholic Monarchs the descendants of the “expulsed” are still today called Sefardíes. In fact, we can deem a million and half sefardíes around the world.

What identifies a sefardí? Why is a sefardí different from another jews? Because they still maintain a hispanic-related lifestyle. Most of them preserve the kitchen, tradicional recipes and the language, called ladino or Judaeo-Spanish, being this one of the first romance languages. Even the music is maintained and each day more valued. The sefardí music has festivals dedicated to it, just like the one that is organised every year in Córdoba.

In 2015 the Spanish Goverment published the “Ley de nacionalidad española para sefardíes” (Ley 12/2015, de 24 de junio), which means that the spanish citizenship will be given to all those sefardíes if they can demostrate it; and they wont have to move to Spain or renouncing to the previous nationality.

If you want to know more about the history of Sefarad and Cordoba’s Jewish Quarter do not hesitate in doing one of our guided visits. In Eventour we will be plase to give you access to the most hidden and mysterious secrets of the Sefardi culture.